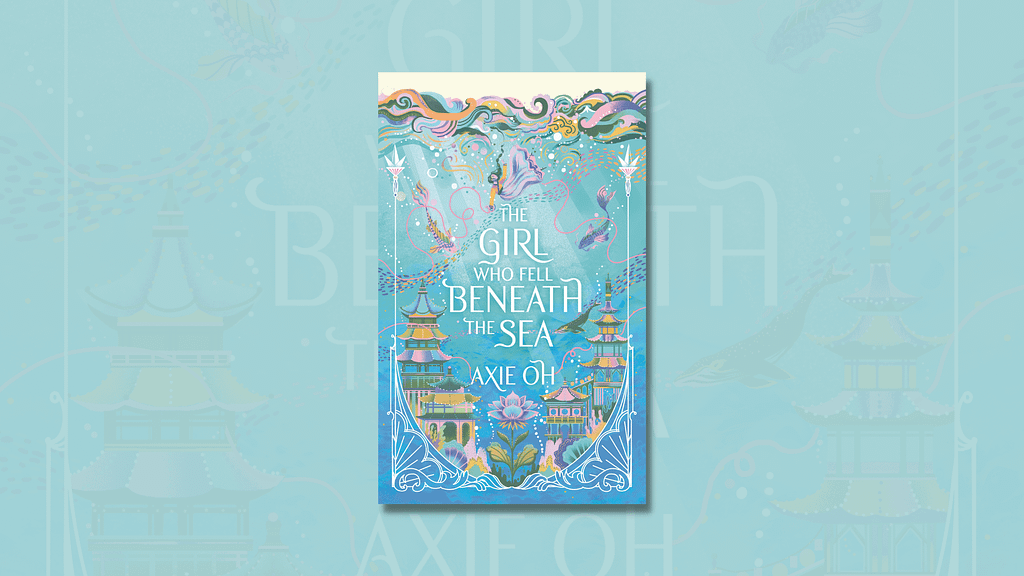 I am in love. This emotional and heartfelt retelling is everything you want in a standalone fantasy book.

As a kid, I was convinced I was a mermaid in a past-life. If anyone was trying to find 7-year-old-Jen, you’d just need to look in the deep end of the swimming pool where I’d be dolphin kicking underwater and living out my underwater fantasy life.

So when you plonk this book in front of me, I didn’t stand a fucking chance. Here’s what you’re in for:

Every year, a small village makes a sacrifice to the Sea God in order to avoid natural catastrophes which he is quite clearly in control of. Most people would presume that might involve giving the water lad some crops or a nice bracelet except you’d be very, very wrong.

In this world, they sacrifice 16-year old girls instead. Every year they scoot around local villages to find the most beautiful girl they can, fully kit her out as a bride and then yeet her into the sea in the hopes she might (emphasise on MIGHT) be his one true love and break the curse.

Mina (your main bestie) isn’t the bride, so technically she could have just gone about living her life, HOWEVER her brother’s girlfriend, Shim Cheong, was. Refusing to live in that timeline, she flung herself into the ocean before creating a self-sacrifice moment that rivals that time Spock repaired the Warp Drive.

Now in the spirit realm, Mina needs to figure out a way to wake the Sea God by gathering up a chaotic crew of demons, spirits and gods in a world completely unknown to her in an attempt to figure out what the hell is going on with him.

Asian retellings. BEAUTIFUL bloody cover. The words Spirited Away whispered into my ear.

Combine those three things and I didn’t stand a chance. I knew I was going to sell my soul to these characters before I even turned the page and I am now a husk of a woman begging for more books by Axie Oh.

This book comes with a bit of everything, From a hint of action with a sprinkling of romance, right down to emotional family moments that will have tears creeping up on you when you least expect it. Whilst the twists weren’t exactly full of ‘OMG WHAT JUST HAPPENED’ moments, it didn’t take away from the story at all.

It’s so insanely hard not to give away everything through pure excitement of this world.
I love it. And you will as well.