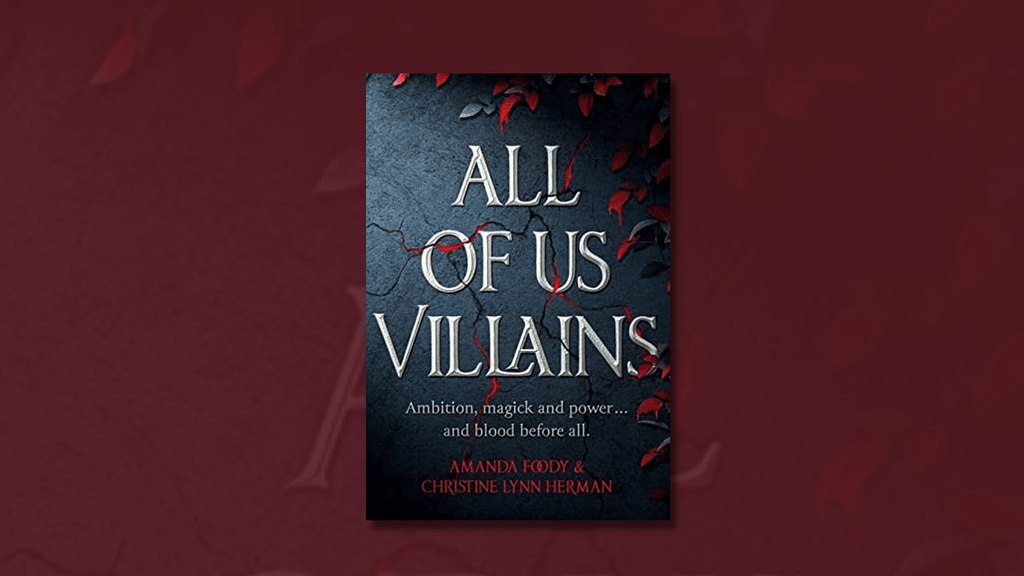 The ‘I didn’t pay for this’ warning

Hunger Games meets Maze Runner. A mind-fuck of a book filled with mayhem with a side chaos and magic.

Every 20 years, the blood moon falls and seven shitlordy and powerful families send one teenager on what can only be described as a suicide mission to make sure they secure Ilvernarth’s supply of high magick.

Except for this year, one nice human decides that perhaps they should try to break the curse instead of constantly flinging six kids off to their death. A novel concept in this city.

So who’ve you got? We’ll you’ve got the Lowe (and low do they go) family who are like Regina George from Mean Girls. Not a fan of sharing, love power and very rarely lose meaning they’ve had their fingers in the high magick pie for some time.

Isobel Macaslan. Loves running around a lot and was basically outed as the champion before her family got to tell her about her demise face to face.

Briony Thorburn. Really wants to go into the death pit. Gets mad when the government comes in and wiggles everything around. Typical government behaviour IMO.

And then there’s Gavin Grieve. Wee Gav. Gavvy boy. Doesn’t stand a chance as he’s from the bad-egg family. Usually first to pop their clogs so everyone avoids him like the plague. Ready to stick it to the blood moon man.

The mathematical genuine among you may have noticed that wasn’t 7 families and you’d be right. I just can’t remember anything about those other three and they are the definition of cannon fodder.

SoooOoo I liked this book but didn’t have me screaming from the rooftops. The magical world is amazing BUT it just didn’t suck me in and I found myself skimming over bits that were probably pretty important.

That being said, the concept is pretty solid and unique. Just wish there was a bit more villainy and corruption but that probably says more about me than anything else.

I’m off to grab some rings and pretend I’m magical.

p.s Blood ain’t all that. Find your own family – it’s way better.

All of Us Villains is out on 11th November and it needs a home on your shelf.