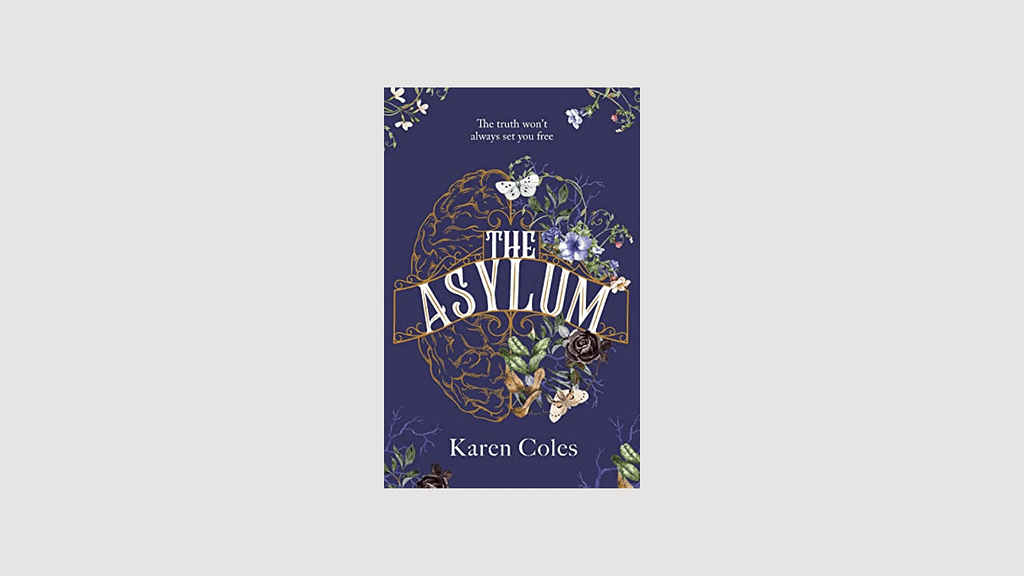 I read this within 24 hours. I tried to put it down (I really did) but I just kept going back to this little gem of a book.

First up – a wee warning. This is gaslighting on steroids. You’ll be left so unbelievable pissed off with the early 20th-century world, that you’ll want to smash everything in sight. Please see the following example and watch your blood pressure rise:

“You know as well as I do, sir, that women’s brains are not capable of scientific study. They’re too soft, prone to overexcitement.”

You mad yet? Excellent. You’re in for quite a dark ride then.

✨ 1906 – where intelligent women are a threat to both wealthy men and women alike.
✨ Angelton Lunatic Alsyum where ‘excitement’ is classed as a major sickness for women.
✨ A forgotten past.
✨ A doctor and his assistant chipping away to get to the truth.

Meet Mary/Maud. Whilst she has no idea why she’s in the asylum or any recollection of her past she knows the her name is definitely not Mary even though it’s what the doctors keep calling her. Maud has lived the last five years of her life locked away with no memory of why she’s there in the first place with only her manipulated brain for company. A brain that’s keeping trauma away from a fragile, gaslit human.

Maud is set to live her life out in her dank ‘room’, accepting that she belongs there and that she’s truly lost the plot. BUT (and I love a good but) who should come crashing in but a shining Diamond himself (his name is Dr Dimmond, but I agree with Maud that Diamond is better) who, shockingly, doesn’t believe in all the barbaric ‘treatments’ that ‘doctors’ of yore would flap to administer. I’m using a lot of air quotes because everything inside them is shite and I’m mad.

Dr Diamond is different, you see. Mr Sparkly Lad is all about this new fangled tekkers called hypnotherapy. Oooooh! Something that doesn’t involve causing pain to a patient. Ahhhhh!

Armed with a chain, Diamond Man swings a ring in front of Maud and slowly starts chipping away at the walls her brain has erected to uncover the trauma that lies dormant.

I have a love/hate relationship with historical fictions. I love history and the simpler times but holy shit the amount of injustice that floats around that time is hard to deal with. This book tore me in two. It was an insanely easy read, but rife with maddening patriarchy with a hint of a power grab at the end.

You’ll fall in love with some characters whilst despising others. It’ll make you think. It’ll make you happy and sad in one fell swoop and it’s a book that you should absolutely hit up if historical fiction is your jam.

So why only 4 stars? I don’t like figuring out the twist so far in advance. Don’t get me wrong – I feel dead smart when I see where a writer is going, but I like to be a wee bit further on before I get my lightbulb moment.

The Asylum is out on 1st April.