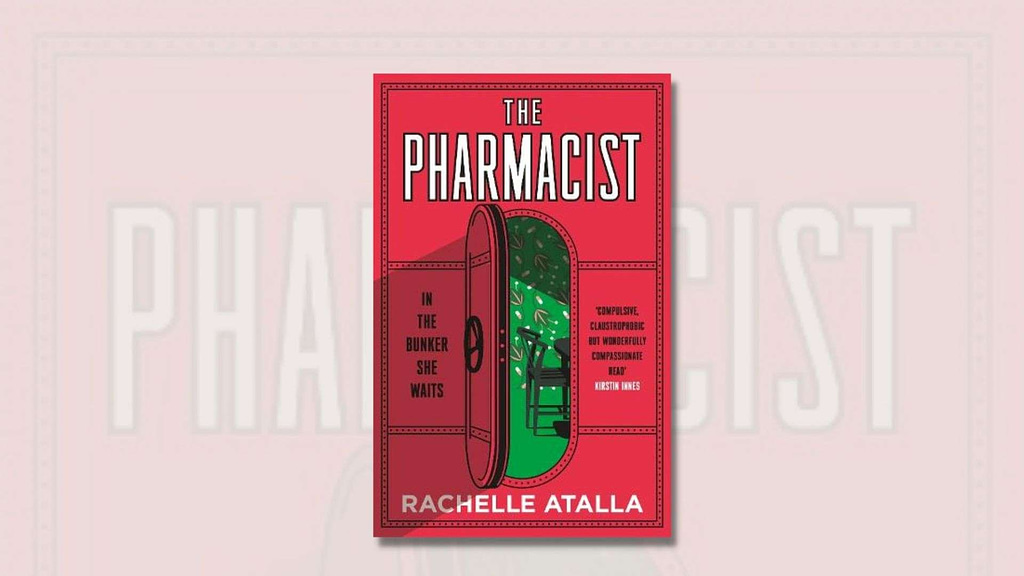 Get a copy: Waterstones | The Book Depository

Oh heeeeyy! It’s been a hot minute. Between work, moving in to our new home and general chaos, this dumb site has been somewhat neglected over the last few months. Also didn’t help that I was in a reading slump where it took me TWO MONTHS to finish this book.

Anyhoo, I’m back and I have a chunk of updating to do (sorry publishers!) so here we gooooooo.

Liked but didn’t love. This is a post-apocalyptic story about the residents of a bunker slowly losing their minds with too many loose ends for my liking

Post-apocalyptic but put it underground in a bunker with what can only be described as a dictatory prick running the show. Here are the fancy bullet points:

Wolfe is lucky to be in the bunker. Or so she’s told over and over.

Being one of the few pharmacists in the bunker, she’s the resident’s pill giver-outer, dispensing everything from period products to diazepam in a vain attempt to tackle the crushing depression from living an insanely controlled life.

Whilst things have never exactly been peachy, the leader of the bunker, Natha Douglas or ND, starts to go all dictatory on their asses. With his behaviour becoming more erratic, he starts asking Wolfe for little favours in exchange for treats (such as solid food) which she can’t possibly refuse. The only question is, what is she willing to sacrifice for these little tastes of home?

Given the way things are going right now, this book felt a little more like a glimpse into the future rather than a work of fiction. A terrifying thought but I’ve also played A LOT of the Fallout games so this genre is absolutely my jam.

I just couldn’t fall in love with this book. And it drove me up the wall because it sounded perfect. The only things I can think of were:

The plot points in this book are absolutely banging as is the world-building inside the bunker. I just wish there was a little more closure for my simple brain.

This is going to be a Marmite book – it will either be your jam or just not for you.

Get a copy: Waterstones | The Book Depository

I have so many unanswered questions and I just need to get them out: