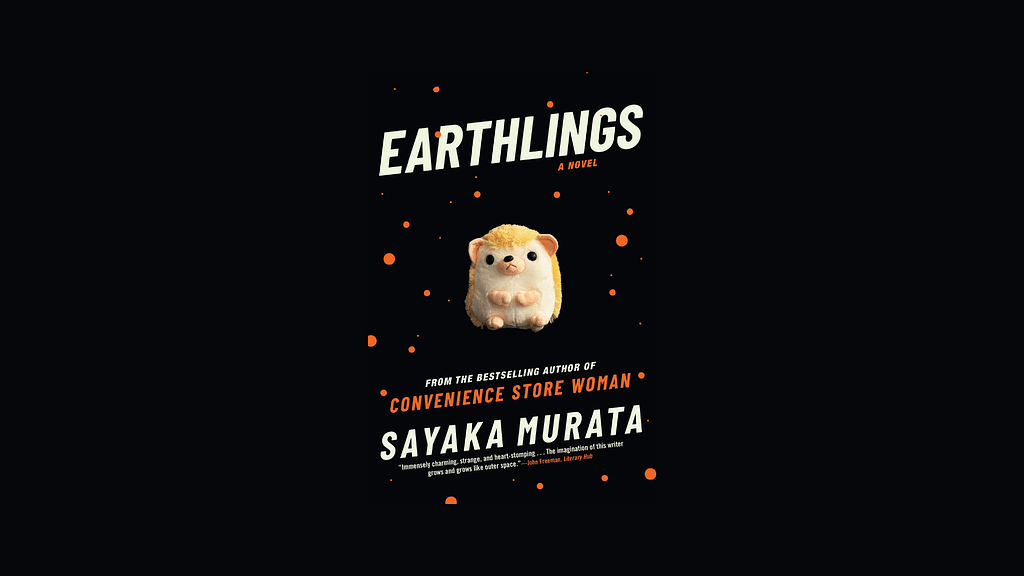 *smacks the kindle* this bad boy can fit so much weird shit in it.

This book is bonkers. And, if I’m being totally honest, I have no idea where to even begin so I’ll start with the important bits:
Content warnings for pretty much everything you could think of – child abuse, sexual abuse, incest, cannabilism and probably a whole chunk more after my mind went a little numb.

I’ve read Convenience Store Woman and, whilst you could easily say I wasn’t a fan, I figured this book could be the one that won me over. But no one prepped me for the utterly chaotic ride I was about to jump on. WHY DIDN’T ANYONE SAY ANYTHING?!

This is the story of Natsuki. A Japanese girl who’s an alien with magical powers that will do anything to avoid ‘The Factory‘ and breaks every norm that the country holds.

Now is she actually an alien? Probably not, but she absolutely doesn’t fit into society’s shitty expectations of how she should behave. So she breaks that mould. She shatters it into so many pieces that it would blend into the sand.

Natsuki upbringing was cruel to say the least. Not one ounce of kindness was shown to her from her parents or her sister to the point where she’s not only beaten by them, but she’s sexually abused by her teacher. The heartbreaking part? No one believes her and she clearly asked for it. Fuck them. Fuck them all.

And with that, she curled up into her imagination hoping to return home to Popinbopoia and we fade to black until she’s 34.

This woman is frozen in her childhood. Whilst she’s giving in to some ‘Factory‘ ways, she found a guy who is on her wavelength. They’re married to keep families off theirs backs, but they’re living up the solo lifestyle just under the one roof. Needless to say, their ‘lifestyle’ choices were soon dragged out.

The entire book is a wild ride – one that I only really got once I was off. Yes it’s unsettling and it feels like I’m getting sucker-punched repeatedly in the noggin, but it raises a lot of horrifically valid points.

Oh, and I’ll 100% guarantee that you will not predict the ending.

If travel restricting open up, get me a one-way ticket to Popinbopia.