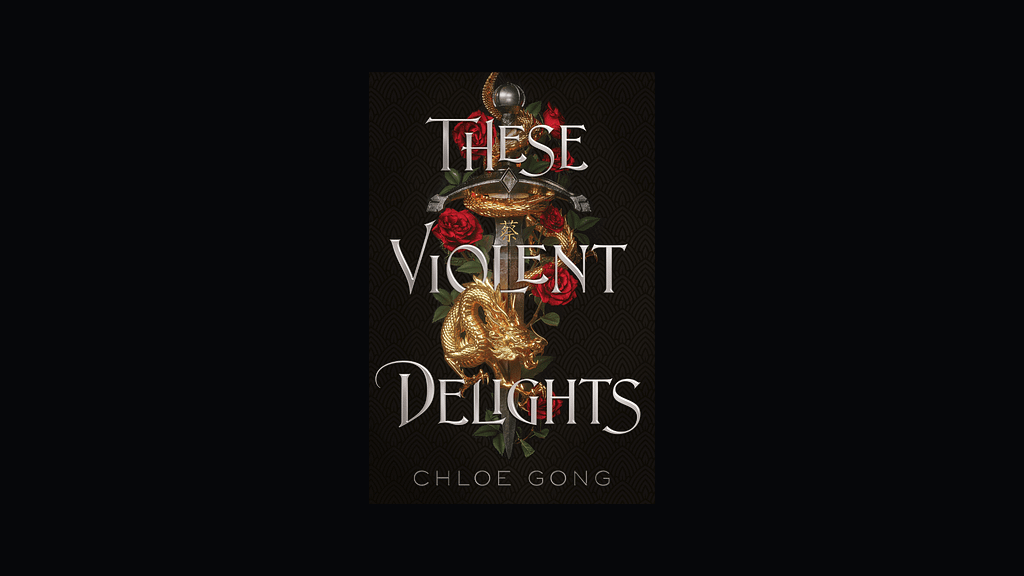 Uhhh…? Excuse me but WHAT WAS THAT ENDING AND HOW DARE YOU.

*twiddles hair* Ya know… if you’d said to me that I’d be fawning over some Romeo and Juliette style romance doobrywhatsit, I’d slap you silly. Yet here we are. Consider myself fully fawned.

This, my friends, is a crackin’ wee novel and I fully expect to see absolutely everywhere when it’s released. Enough rambling – lemmie set the scene a bit:

✨ Roaring 20s but make it Shanghai.
✨ Blood feud keeping two sexually-pent-up-and-ready-to-explode lovers apart
✨ A monster that would make people with even the mildest trypophobia freak the fuck out
✨ One hell of a cliff hanger, but I’ll get to that later

Caught up? Good.
So it’s time to meet your new besties:
Juliette Cai. Clearly a babe and a badass one at that. Juliette is the heir to the Scarlet Gang (🌹), takes no shit from anyone and has never, ever (not even remotely) got over Roma.
Enter Roma Montagov. A Russian delight whom you’ll grow to have a major crush on. Heir to the White Flowers (🌼) and is wildly in love with wee Juliette.

Herein lies the problem – the Scarlet Gang and the White Flowers ain’t pals. Unless you want to be murdered on the spot, you stick to your gang’s territory and you absolutely never fall in love with your enemy. On top of that, they had to deal with a bunch of communists trying to overthrow them AND the British / French swanning on in battling for power. It all seems quite tiring to be honest.

They were doing so well keeping to their spots/playing nice until the madness swept through the streets resulting in both sides of the feud tearing out their own god-damn throats at an alarming pace.

Sometimes you just gotta stop killing each other so you can join forces to take on a big ol’ river monster and that’s just what they did.

This book makes you think the story is all wrapped up, but let me tell you right now that that’s a big old stinkin’ lie. The ending will slap you in the pus and leave you desperately wanting more. Let it be known that Chloe Gong knows how to write a solid cliffhanger and I’ll be clinging on for dear life until 2021 for book number two.

On that note, I’ll leave you with this little nugget:

These Violent Delights will be released on 17th November 2020.