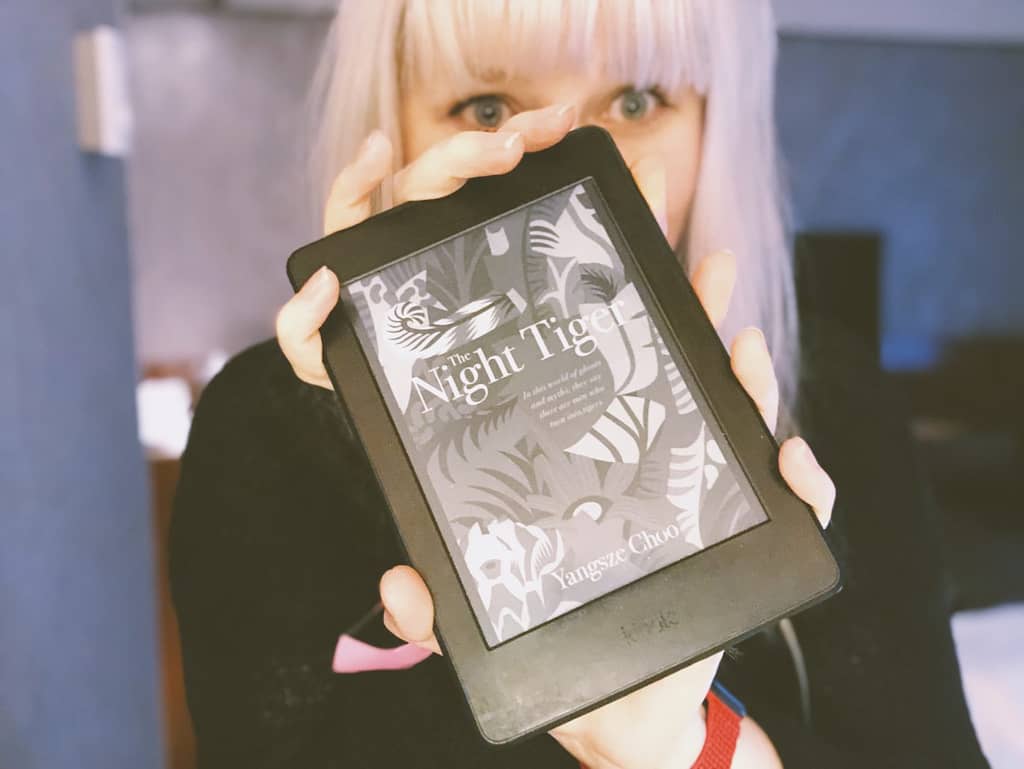 I had an ‘ah, shit I’m not going to like this book’ moment and, after seeing so many raving reviews for it, I absolutely wasn’t ready for my first book betrayal of the year. Turns out that, in true Jen fashion, I jumped the gun with The Night Tiger and it just took a little longer than planned for its claws to sink into me.

Lemmie list a few things that kept me reading:
???? Historical fiction – this is right up my street. It’s set in the 1930s so we’re not talking about the super old stuff that I usually like, but I refuse to give up on a wee historical number without a fight.

???? It’s set in Malaya – I’ve not read much about other countries (I know, I know I’m the worst etc.) and that caught my attention from the get-go.

???? It’s rammed full of superstition and Chinese folklore – other cultures are fucking fascinating.

If you’ve made it this far, then I’m guessing you’re probably interested in a little bit of plot:

Ren is an 11-year old with an advanced noggin on his shoulders who works as a houseboy for a British doctor. Before his Master died, he was tasked with one final request – to find his Master’s missing finger and return it to his nice dead, decaying body within 42 days. An unrealistic task especially when you don’t have a clue where it might be…

And then you’ve got Ji Lin — a dressmaker’s apprentice who moonlights as a dance hall girl to pay off her mother’s mahjong debts whilst trying to appease her step-father’s wrath. One creepy dance later and Ji Lin is left holding a weird vial which sets everything in motion and ensures her fate is entwined with .

After a few rumours of waretigers and what feels like a constant slew of convenient deaths, you begin to get a wee glimpse of Chinese superstition and, before long, you’ll be questioning everything.

My gripes? It’s a long (for me) read so I need to be grabbed right from the start. The beginning felt too long, whilst the climax seemed to be resolved very quickly. At some points, I went back to re-read sections to make sure I hadn’t missed key parts of the story.

In a nutshell, The Night Tiger will whisk you away to another world, make everything a little more magical AND confirms that your love life could spring into action when you least expect it.