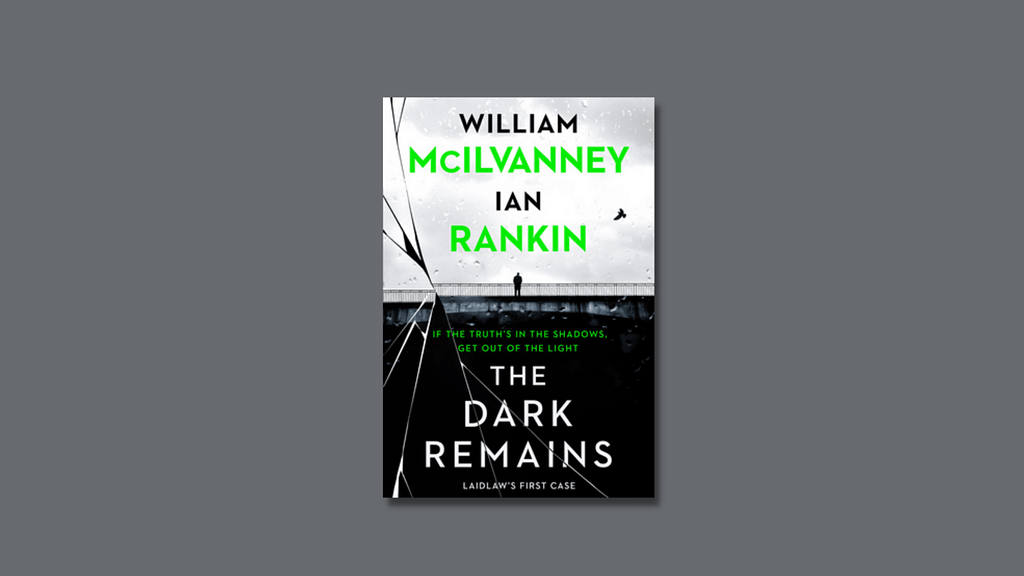 The ‘I didn’t pay for this’ warning

Not my cuppa tea. Fans of William McIlvanney and Ian Rankin will most probably love it.

I have never read any of William McIlvenney’s stuff.
And even though we nearly share a last name and I buy my mum his books religiously every Christmas, I’ve also never read any of Ian Rankin’s.
Your gal went in blind with this one. Here’s what you’re in for with The Dark Remains:

Right so you’ve got this one guy, Jack Laidlaw, who keeps getting chucked from police station to station because he rubs people up the wrong way. Something about his mannerisms just don’t match up with the 1970s lad vibes which causes a few issues on cases. As a chaotic force of nature who very much likes to work on his tod, he can often be found flapping away somewhere leaving his partner Bob Lilley in the dust trying to figure out wtf just happened.

So what are these wee scamps investigating? A dodgy as hell lawyer going by the name of Bobby Carter has just been found stabbed (and very dead) down a dirty alleyway. Whilst most people are probably thinking ‘ah one less asshole on the streets’, it comes with a slightly bigger issue. The dumping of the body will lead to an all-out gang war if they don’t solve it as quickly as their little crime-solving fingers will let them.

I found this hard to get into – I like a good thriller but something didn’t quite gel for me. Perhaps it’s the Scot in me that finds reading Scottish words hard (only a thing in my head), but I’m also very aware that I am very much in the minority here.

Now this book is a little different – it was started by McIlvanney who sadly died in 2015. Ian Rankin was asked to pick up the mantle (and the manuscript) and pull the story to life. Not something I’d ever want to do because screw trying to match someone else’s style, but if I didn’t know it was written by two people, I’d honestly have no idea.

Perhaps die-hard McIlvanney/Rankin fans can, but eejit mcplebface over here was none the wiser.

The Dark Remains is out now.