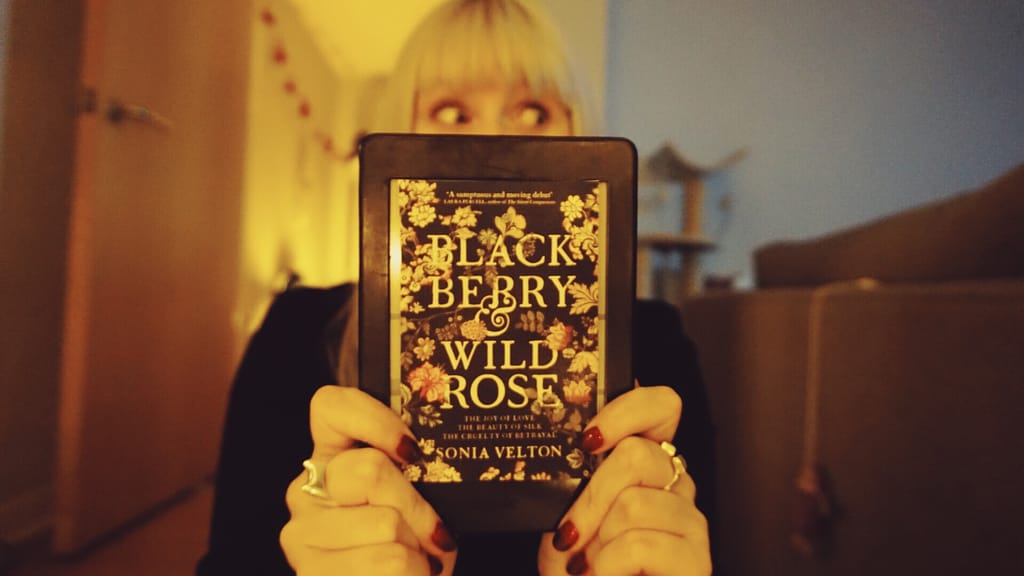 First thing – content warning. This book contains sexual violence from the very, very start. I’d avoid this book if that’s a trigger for you.

I appear to have developed a fondness for historical fiction because Blackberry and Wild Rose is right up there with some of my favourite books. Let me tell you why you should care.

It’s the 18th century. It’s the height of the silk craze (probably had a more whimsical name for it than that), you’re in central London (the super smelly time where people threw literal shit out of the window), and the rich/poor divide is as vivid as a red coat on snow. Enter Esther and Sara; two characters that, by the end of the book, really just need to hug each other and cry it out.

Sara’s a naive, innocent young girl clutching the one coin her mother pressed into her hand before shoving her on a carriage with hopes of her leading a better life in London. Naturally, that was never going to happen, and Sara is quickly swooped up by an evil cow under the pretence of helping the poor sod out. Before the day is over, she’s tossed into the seedy world of ye olde time brothels and her life’s tarnished before it’s even had a chance to begin.

You don’t have to wait long before the other main character makes an appearance which, for my horrific attention span, pretty much makes and breaks whether I stick with a book. I need characters to grasp onto right from the start and this nailed it. Now you’ve got the wife of a prestigious master silk weaver, Esther Thorel, swanning on in with her perfect life ready to do God’s work and help those beneath her.

The Thorel household is far from perfect. Lies, adultery, a loveless marriage, some men being super pricks, scheming staff and a hint of sneaky romance on the side. It’s not a house you’d want to live in if you had a conscience.

Both Sara and Esther are trapped in their lives with very little way of changing it for the better and any changes they try to make come with drastic and terrible consequences. We’re talking death. We’re talking riots. It’s great.

This is an amazing little read. The chapters are first person so easy to digest and you’ll quickly feel a sense of attachment to the characters as well as the background characters who manage to imprint in your mind without having a staring role.

What one thing do I wish was different? I could see the ending of the book developing a mile off, and some parts became a little predictable. That being said, it was an excellent ending and one that leaves me clambering for more.

Blackberry and Wild Rose will be published on 10th January 2019.