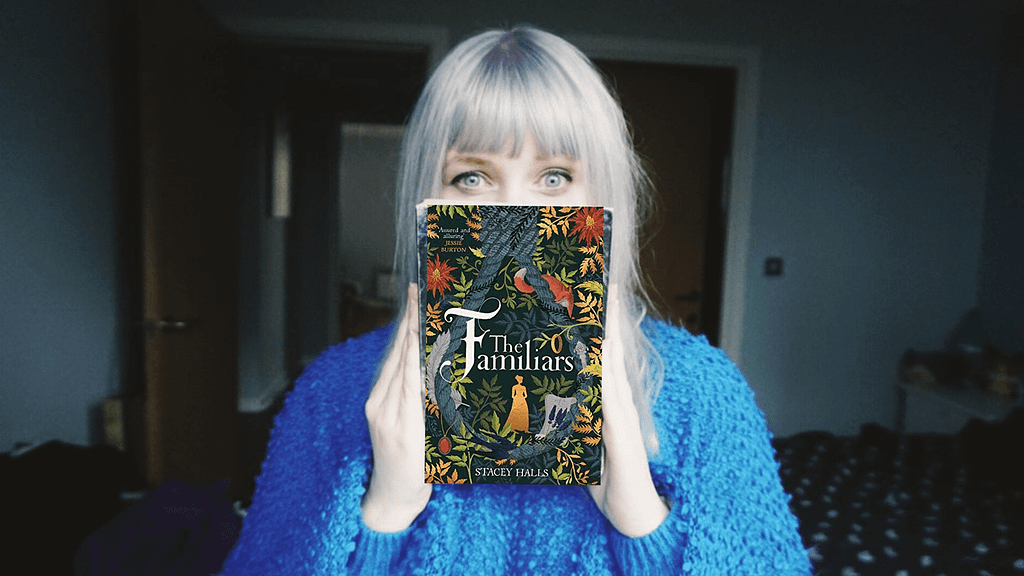 TL;DR – The Familiars is a binge-worthy book which should make you mad and full of joy all at the same time.

The Familiars made me use the highlight function on my Kindle. A function I’d never seen the point in using before because surely nothing would resonate with me as a few silly words in a book, right? But there’s something quite poignant about realising how shit life once was (or still is in some cases) for a lot of women. Case and point:

Fleetwood, your head is full of fancies. You speak as if we are in a play, all with a part to act. You and I have no role in the King’s justice, we support our husbands.

It’s 1612. You’re 17 and on your third(!) pregnancy after failing to carry to term every other time. People are convinced every woman who is a little strange or doesn’t follow the norms is practising witchcraft . You are rich AF (servants, cooks etc) with privilege oozing out of every pore, but you befriend an unlikely character and put the life of your unborn child into Alice Grey’s hands; a young midwife with a herbal track record. Scene set, yeah?

I have a lot of love for this book. I didn’t want to put it down, but the allotted 45 min bus journey to work dictated that I had to otherwise I’d have attempted to keep reading this whilst walking (not something I recommend – people get pissy when you walk into them ????). It’s captivating as it entwines with your life, yet infuriating as you realise how few rights women had.

Fleetwood’s character is detailed and lovable with as much screw-the-patriarchy as she could probably muster during that time period without being hung. Pushing what I guess would be ‘boundaries’ back  day, Fleetwood didn’t resign to what was expected – she rode in hunts and had an air of independence about her. I guess you could potentially say she was adventurous for a lady of her class in the 17th century. Alice, on the other hand, lived a life of poverty, abuse and continued to be mysterious throughout. As an ‘untraditional’ midwife with a lot of survivals under her belt at a young age, suspicion was quickly cast her way.

Hall doesn’t go down the whole pointy hats and bubbling cauldrons for her witches. Oh, no no no. And to say I’m glad is a massive understatement. The witches in this book are a little more true to ye olde times – peaceful yet curious and (in some cases) a little unnerving. They were after all just women helping other women to bring children into this world.

Now that I’ve had a slight gushing session over the book, it did have a few flaws

That being said, it’s an excellent little read and the perfect curl-up-on-the-sofa-during-the-winter-and-binge-the-heck-out-of read.

The Familiars will be published in February 2019.

A massive thank you to Kelsey from  Basic Book Bitch for talking about this book and getting me excited in the first place.