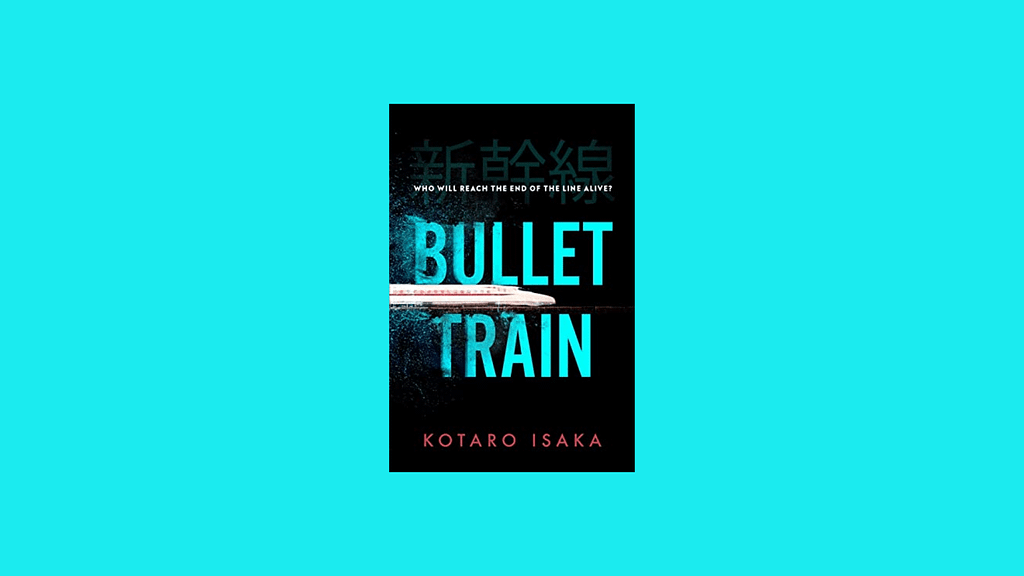 I’ve only ever been on two bullet trains in my life and, let me tell you, they are amazing things. So when I noticed an entire thriller book based on my beloved Shinkansens, I was like ‘fuck yeah, give me those murdery train vibes’.

Ready to be sucked into this daft world of train chaos, I snuggled down with my Kindle only to be thrown into what felt like Groundhog Day. A slow and repetitive world that even Frodo might get a little bored with – unlike the Shinkansen, this book is slow and I have the attention span of a caterpillar so whilst the concept was dead interesting, I struggggggggled to get through this. Here’s what you’re in for:

✨ Five super murderous baddies (including some fruit and the unluckiest hitman in the country) on a train from Tokyo to Morioka.
✨ One suitcase full of cash-monies
✨ A weird race to see who can murder each other first

Cool so if you’re still on board, let’s get you acquainted with the chaps on the death train. First up – you’ve got the little prick of a 14-year old (Satoshi) who’s a manipulative psychopath and treats the school as his castle. No one stands a chance including adults who will probably lose their jobs if they cross him. Thanks to his cunty antics, Kimura’s son is in a coma and dead-set on revenge.

And then there’s Nanao. The self-proclaimed ‘unluckiest assassin in the world‘ and someone that if you see in the line for the supermarket, you make sure to stand in the other one cause he’ll be waiting for yonks. I can only imagine the assassin world is small (?) ’cause he bumps into another pair of well-known hitmen, Lemon and Tangerine – yes, they’re fruit related. Why? Not a clue but I do know that Lemon is infatuated with Thomas the Tank Engine.

All of them are obsessed with getting their mitts on that suitcase and they’ll kill to make sure it’s in their possession.

Now don’t get me wrong – I did enjoy this book but it just felt a bit of a struggle bus for me. I’m all about a ridiculous story but it needs to keep my attention and this just wasn’t quite there for me.

The best way to describe it is a Yakuza meets John Wick but at a Lord of the Rings pace – does exactly all the ridiculous things you expect but you’re in for the long haul.

Bullet Train comes out on 1st April in the UK but is already out in Japan.