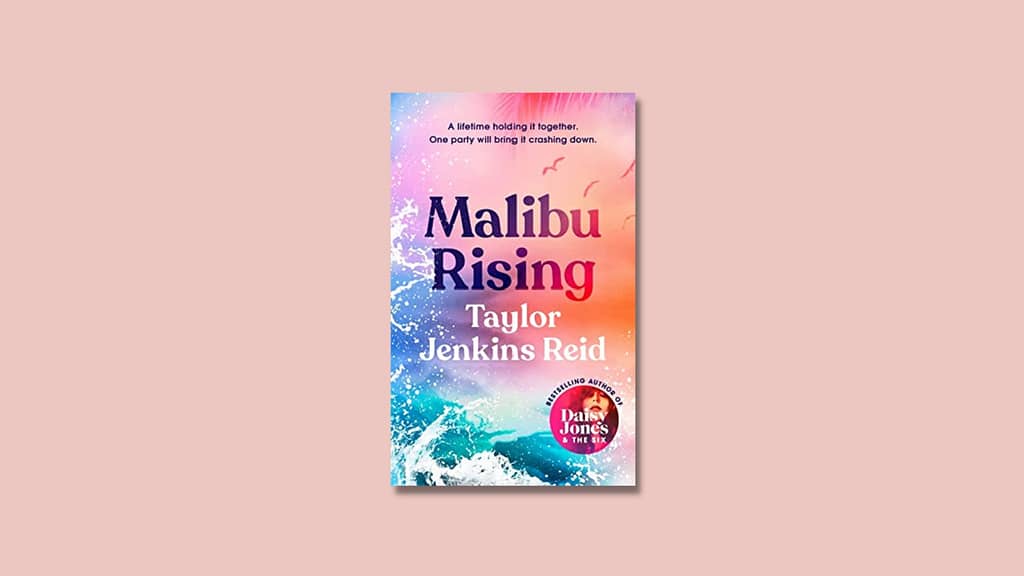 TL;DR Recommendation:
Heavily liked. Slow but easy, wonderful read. Gets a bit chaotic towards the end and my poor noggin can’t keep up.

I feel like everyone on this wonky planet of ours has heard of Daisy Jones & the Six. I mean, it’s even stuck on the front of this book BUT I have not read it. It taunts me in bookshelves, side-eyes me in those creepy Google ads that stalk your existence, however, I was happy to continue on through life without reading it.

That was until I saw Malibu Rising and I was alright F I N E show me what you’ve got and maaayyybbeee I should have given in to temptation a little bit sooner. If you grab this book, this is what you’re in for:

✨ 1983 Malibu. Never been to Malibu but presume it’s nice and full of pretty people
✨ A dad (otherwise known as wankerface) that was more interested in his legacy than his gaggle of children
✨ Going from humble beginnings to full-blown, ass out fame
✨ One mental party that will be known for all eternity (probably)

You get to know June and Mick Riva; their dirty secrets, the alcoholism, the spiral into a nightmare but, ultimately, it’s the kids that suffer. Nina grew up too fast. Left to save her dysfunctional family from literal poverty, she spent her days looking after Hud, Jay and Kit instead of herself until she was spotted surfing. Pulling themselves above what can only be described as the precipice of hell, they start living life and to mark it, they threw one hell of a party every year.

I’m not going to bullshit you – this type of book isn’t usually for me. General fiction tends to bore me and romance (unless in a fantasy world) just doesn’t do it for me. This book, THIS BOOK was different.

This story is told by the year and the hours leading up to that party. You get to know everything that’s lead up to this event and everything is woven together real nice. Main characters are easy to follow and you genuinely feel sorry for the hell they’re living through. Everyone except wankerface Mick that is.

So, the downside? Whilst it’s a very easy read, it’s sloooow. There’s a lot of world-building and that’s never a bad thing – it’s just my attention span wanders. And talking of attention spans, there are a lot of characters once it kicks into gear. I struggled with who was who and ended up rereading chunks to catch up.

That being said, it’s a good wee book for anyone who likes 80s fiction, wildly flawed families and sobbing despair.

I was definitely born a decade too early.