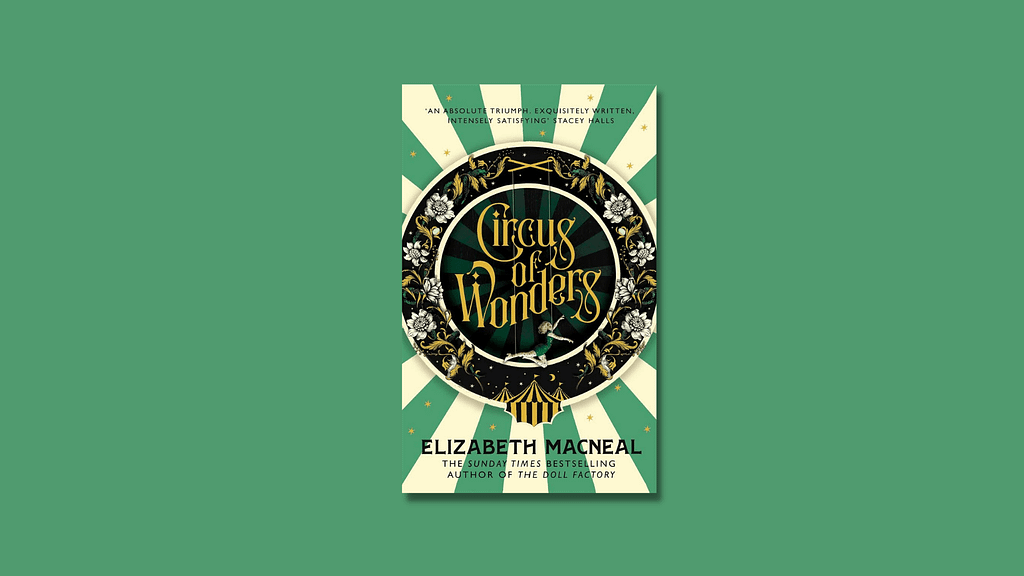 TL;DR recommendation:
L O V E. A book that sucked me right in from the get-go and one that’ll stick in my noggin for a long time.

Shock, horror. Jen falls in love with another historical fiction. I know I’m becoming a bit predictable but, dear reader, it probably ain’t ever going to stop. When there are such delicious stories to be told about a bloody circus, you know I’m going to gobble it up and be back for seconds.

After a mere 6%, I knew this was going to be a book I adored. Here’s what you’re in for:

Nell has spent her entire life being defined by her birthmarks, hiding in the shadows doing as much as she can to avoid being seen by others. Whilst she ain’t exactly chuffed with how her life is going, she’s doing alright and was quite content with just carrying on as normal. Except the circus trundles into town and her dad pulls off one of the biggest dick moves he could – he sells Nell to the fucking Ringmaster for 20 quid. £2,442 in today’s money. Absolute prick.

HOWEVER, Nell (otherwise known as the 8th wonder of the world or the Queen of Moon and Stars) does the old flipperoonie and owns the shit out of the life. Adored by pretty much everyone who sets their eyes on her, Nell stuffs her £20 pay into pillowcases and sores through the sky in giant mechanical wings. The one thing that set her back in a past life is now holding her up and oh boy does this life suit her.

You’d think Ringmaster Jasper would be well chuffed with her success, but he was quickly noticing how she was out-shining him. No one wants his face on a matchbox – it was Nell or nothing and that drove him utterly bonkers.

So why did it resonate with me? A few things – I was obsessed with the circus as a kid (I am now massively aware of how wrong it is now but I was 4), have my own boob birthmark (not anything like Nell’s but it’s there to keep ol’ righty company) and whilst I am by societies standards ‘normal’, I never quite fit in with the status quo.

This is a beautiful story that springs from a life of solitude and rejection to fame and success. From back-turning family to acceptance. I’m going to shout about it to anyone who’ll listen. And on that note…

Fly your flag and find your own damn family. Blood don’t mean shit.